In the late 1990s, Bill Gates was an idol of young people at the time. Around 2000, Google, Apple re-emerged, Jobs, Zuckerberg and so on, the wave of innovation evolved on a wave-by-wave basis, 3D printing came to this big wind, the wind swelled, the hero out, from this will not produce New star of tomorrow?

In the same period as Facebook, Zhuhai Xitong was founded in 2004. Compared with the current mobile app, O2O and other small meat companies can be regarded as entrepreneurial veterans. However, this company based in the 2D industry is surprisingly short-lived by the founder Yang Yusheng. The rapid rise of the 3D printing field has become a new technology leader in this giant industry. 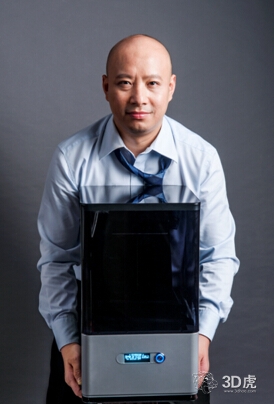 In 1993, Yang Yusheng, a 21-year-old young man from Jiangxi, stood alone in the bustling streets of Guangzhou with hundreds of dollars from his parents. After Deng Xiaopingâ€™s southern tour, it once again became a hot spot for reform. Everything is flourishing, and many young people are looking for the future of their dreams.

Previously, after graduating from the Shandong Institute of Business and Technology, he refused to distribute the school. This required a lot of courage in the era of employment, and he was alone in the strong opposition of his family. He described it like this: "This is my first time to arrange my own destiny. People will always face many choices in their lives, but the choice is at the cost of risk. The first step in the world is often the watershed of life." 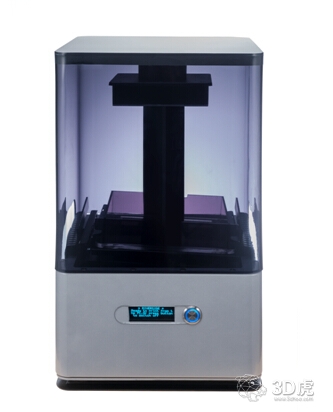 Finally, he chose Zhuhai. A friend asked him why he went to Zhuhai, not to Beijing and Shanghai? The reason is simple: Zhuhai at that time was a hot special economic zone in the country. He also longed for the adventurous spirit of the Cantonese: If the Cantonese and Shanghainese had 100 yuan in their pockets and then went to do business, the Shanghainese would stay 50. Money writers use another 50 yuan to open the company; and the Cantonese people will borrow 100 yuan from the classmates to open the company.

With persistence and hard work, Yang Yusheng finally settled down in Zhuhai. In May 1996, he entered the national enterprise Gree in Zhuhai. Two years later, with his proficiency in English, he was sent to the US branch for sales. He was transferred to San Francisco, Los Angeles, and New York. The days of running around were tough. His later "not so exquisite" cooking was the days. Witnessing in the bitterness, no teacher is self-taught." 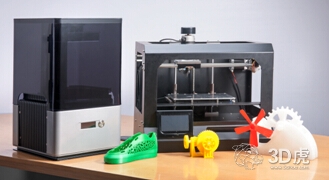 After four years of working in the United States, I saw the rise of the Internet revolution in Silicon Valley. Yang Yushengâ€™s idea of â€‹â€‹leaving the country and returning to China was that he was already familiar with American culture and market. So he founded a 2D printing consumables business with several old colleagues. the company. Moreover, it became the first batch of domestic manufacturers to directly sell and establish brands in the United States.

In May 2004, with the dream of Internet, Yang Yusheng, 32, decided to establish his own company and establish Xitong Company.

"I don't know what my company should rely on in the future. At that time, I only thought that I could succeed in imitating the Silicon Valley model. So I set up a website of 1 million yuan to set up a website to search for Chinese medicine and information services. One year later, after the funds were exhausted, the website was closed down, and after the software personnel were disbanded, in order to survive, the company had to go back to the familiar traditional printing consumables business waiting time. 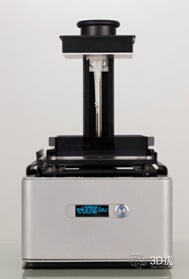 Five years later, Yang Yusheng had the opportunity to visit the US MIT. When he first saw a prototype manufacturing machine in the experimental stage, he was excited and decided to fully invest in this new business. The development of the first domestic 3D printer, the difficulty immediately followed. In 2010, 3D printing technology is unheard of, and the related software and hardware professionals are extremely lacking, let alone the supply chain.

In order to effectively understand the relevant embedded software, Yang Yusheng, who has left the campus for more than ten years, has started to learn the programming language from the new self-study. The half-year-old hacker has been able to write programs in C++.

In May 2014, four years after the operation of the 3D printing project, Xitong began formal financing. At the time, a corporate finance had either a market or a good profit record. But for Xitong, the only advantage of financing is "technology." Around 2013, the 3D printing bubble theory is popular. The US 3D System, Stratsys, has been established for more than 10 years, and its business scale is less than 1 billion US dollars. 3D printing is ridiculed as a long-lost child. Foxconn Guo Taiming even threatened: If 3D printing is useful Guo characters should be written in reverse. 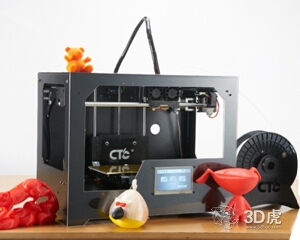 The VC person asked Yang Yusheng, why do you think that 3D printing has a future? Yang Yusheng said: "3D printing technology will completely transform the existing manufacturing model. The future output value must be in trillions of dollars. It is the only industry that can be compared with the Internet. At present, every practitioner is crossing the river by feeling the stones, but we In recent years, I have witnessed his rapid growth in technology and market demand. I am the earliest loyal follower of 3D printing in China. With this sentence, Xitong was lucky enough to bring in a million-dollar investment.

The most bitter day of Yang Yusheng is April 2013. Due to the excessive investment in R&D, the market has not started yet, and the funds are only unable to enter. The company almost caused the grain breakage and was forced to suspend the development of some new equipment. Then there was a personnel shock.

I have experienced countless sleepless nights and I have been disheartened. But the encouragement of friends has played a big role. A friend who has known each other for many years said: Whose life does not encounter difficulties, insist on a period will certainly pass, it is really impossible to start all over again, some failures are the loss of the horse.

Yang Yusheng believes that although the 3D printing industry is currently in infancy, we are persistently exploring and discovering. It will surely usher in the joy of fruitful harvest.