1. Dilute the sample. For samples with complex composition, if the ions to be tested have very different affinity for the resin, several injections must be made and rinsed with different concentrations or strengths or gradients. For ions with a large difference in the affinity of the stationary phase, the easiest way to increase the resolution is to dilute the sample or perform sample preparation. For example, the separation of SO42- and Cl- in brine. If the sample is injected directly, the chromatographic peak is very wide and the tail indicates that the injection volume has exceeded the capacity of the separation column. Under the commonly used chromatographic conditions for analyzing anions, the elution of Cl- continues after 30 minutes. In this case, no more injections can be made until the stable baseline is restored. If the sample is diluted 10 times before injection, a good separation between Cl- and trace SO42- can be obtained. The maximum injection volume recommended for anion analysis is generally 30% of the column capacity. Above this range, large flat peaks or shoulders will appear.

2. Change the separation and detection methods. If the ions to be tested have similar or similar affinity to the stationary phase, the effect of sample dilution is often unsatisfactory. In this case, in addition to selecting the appropriate mobile phase, consideration should also be given to selecting the appropriate separation method and detection method. For example, NO3- and ClO3-, due to their similar charge number and ionic radius, were co-eluted on the anion exchange separation column. However, ClO3- is more hydrophobic than NO3- and can be easily separated on the ion-pair chromatography column. Another example is that the retention time of NO2- and Cl- on the anion exchange separation column is similar, the concentration of Cl- in common samples is much greater than that of NO2-, making the separation more difficult, but NO2- has strong UV absorption, while Cl- is very Weak, so you should use ultraviolet as a detector to measure NO2-, use conductivity to detect Cl-, or connect two detectors in series to detect Cl- and NO2- at the same time. For the analysis of organic acids in high-concentration strong acids, if ion repulsion is used, since strong acids are not retained, the elimination in the dead volume will not interfere with the separation of organic acids.

3. Sample pretreatment For the determination of trace ions in high-concentration substrates, such as the determination of anions in seawater, the best method is to perform appropriate pretreatment on the sample. The pretreatment methods for removing excess Cl- are: passing the sample through the Ag-type pretreatment column to remove Cl-, or adding AgNO3 to the sample to precipitate Cl- before injection; valve switching technology can also be used, the method is to make the sample weakly retained The components and more than 90% of Cl- enter the waste liquid, and only about 10% of Cl- and components with a retention time greater than Cl- enter the separation column for separation. For samples containing large organic molecules, the organic matter should be removed before injection. The simpler method is to use Dionex pretreatment column OnGuard RP or P column or online valve to switch to remove the organic matrix.

4. Choosing the appropriate eluent ion chromatographic separation is based on the competition between the eluent ion and the sample ion for the effective exchange capacity of the resin. In order to obtain effective competition, the sample ion and eluent ion should have similar affinity. The following is an example to illustrate the general principles of selecting eluent. When using CO32--HCO3- as the eluent, the ions eluted before Cl- are weakly retained ions, including monovalent inorganic anions, short carbon chain monocarboxylic acids and some weakly dissociated components, such as F-, formic acid , Acetic acid, AsO2-, CN- and S2- and so on. For the separation of acetic acid, formic acid and F-, Cl-, etc., the weaker eluting ions should be selected. Commonly used weak eluting ions are HCO3-, OH- and B4O72-. Because HCO3- and OH- easily absorb CO2 in the air, CO2 will be converted into CO32- in an alkaline solution, and the leaching strength of CO32- is greater than that of HCO3- and OH-, which is not conducive to the separation of the above-mentioned weakly retained ions. B4O72- is also a weak eluent ion, but the solution is stable and is the recommended eluent for the separation of weakly retained ions. The medium-intensity carbonate eluent has a low elution efficiency for high-affinity components. There are two cases of ions with strong affinity for ion exchange resins. One is that the charge of ions is large, such as PO43-, AsO43- and polyphosphate. The other is that the ionic radius is large and the hydrophobicity is strong, such as I -, SCN-, S2O32-, benzoic acid and citric acid. For the former, increase the concentration of eluent or choose strong eluent ion. For the latter case, the recommended method is to add organic modifiers (such as methanol, acetonitrile, p-cyanophenol, etc.) to the eluent or use hydrophilic columns. The role of organic modifiers is to reduce sample ions and ions. The non-ion exchange effect between the exchange resins occupies the hydrophobic position of the resin, reduces the adsorption of hydrophobic ions on the resin, thereby shortening the retention time, reducing the peak tailing, and increasing the measurement sensitivity.

In ion chromatography, different eluent additives can be added to improve selectivity. This eluent additive only affects the interaction between the resin and the measured ions, but not the ion exchange. For ions with strong affinity to resin, such as some polarizable ions, I- and ClO4-, and hydrophobic ions, benzoic acid and triethylamine, etc., add an appropriate amount of polar organic solvent to the eluent Such as methanol or acetonitrile, can shorten the retention time of these components and improve the asymmetry of the peak shape. In order to reduce the non-ion exchange effect between sample ions and resin, and reduce the adsorption of hydrophobic ions by resin, in anion analysis, p-cyanophenol can be added to the eluent. For example, when measuring trace amounts of I- and SCN- in 1% NaCl, adding cyanophenol to occupy the resin's adsorption position for I- and SCN- will reduce the peak tailing and increase the sensitivity of the measurement. In IC, the monovalent eluent ion elutes the monovalent test ion, and the bivalent eluent ion elutes the bivalent test ion. The effect of the change of the eluent concentration on the retention time of the divalent and multivalent test ion is greater than one Price to be measured ion. If the retention time of polyvalent ions is too long, increasing the concentration of eluent is a better method.

Leatherette Jewelry Gift Box is one of our main products, which can upgrade your business.

Our Leatherette Jewelry Gift Box is strong and inflexible, which can protect your products. It is made of good quality materials that can be chosen by yourself.

All our jewelr box can be customized. You can choose the size, color, material and finishing.

In short,all could be customized according your requires.

We offer the best and cost effective Gift Box without compromising printing and material quality.

Pictures of Custom Leatherette jewelry gift box for you reference 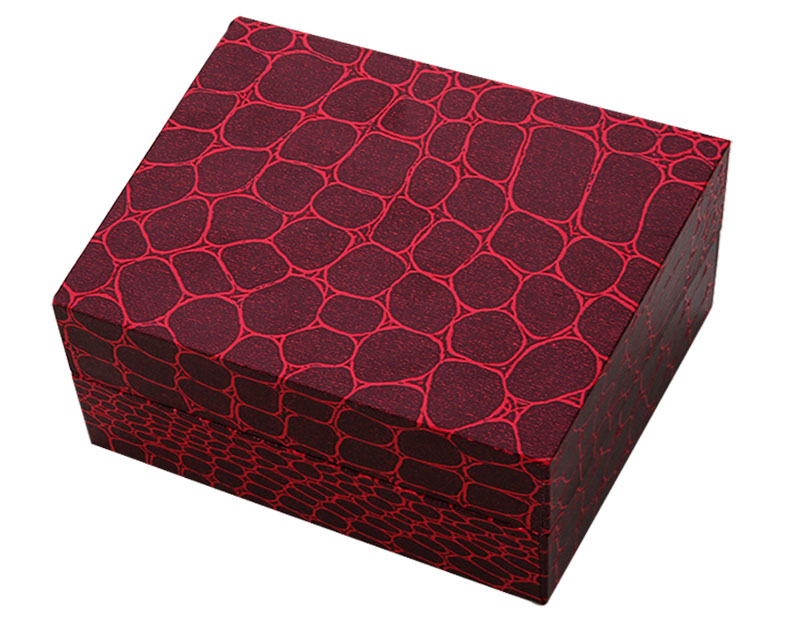 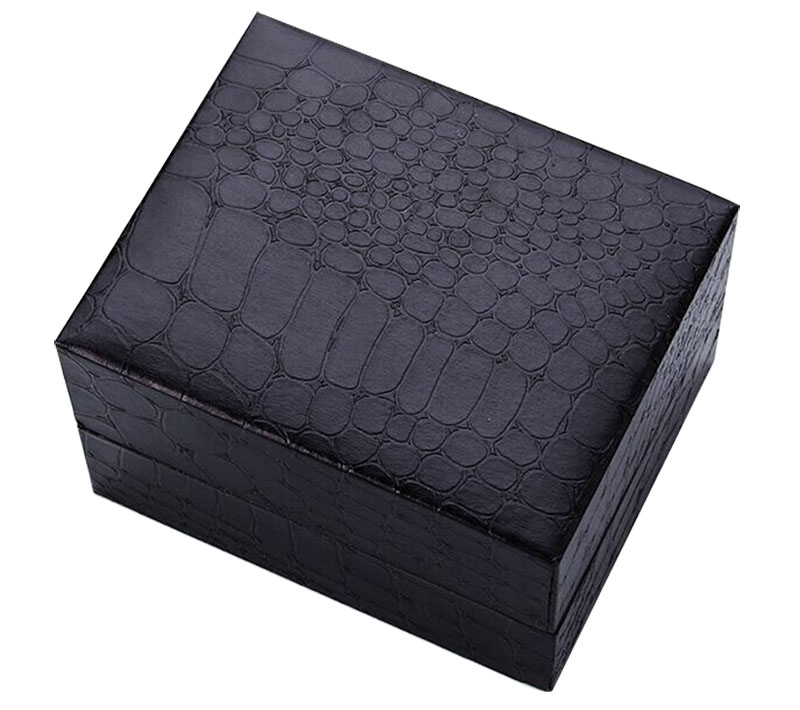